On Why You Won't See Me Breastfeeding In Church 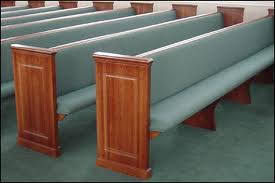 I know the title is a bit much for this blog, for me, but it had to be said.   While at my pediatrician the other day, we were discussing breastfeeding.  I will say that my children's doctors are basically great and have one of the only offices that have a specialty in breastfeeding on Long Island.  This has been a huge help, especially when I need quick and definitive answers.  They are up to speed on all the latest about breastfeeding.
And even though I have breastfed all of my kids, I need to add, that I very rarely call it "breastfeeding", but use the term, "nursing" instead.  Yes, I am that prudish, that I don't like the word, "breast".
So, it should come as no surprise that I am not a big advocate of nursing in public.
But, back to my pediatrician.  I was there for Charlotte's 3 month check-up and the doctor asked how nursing was going.   Good, I replied, but she doesn't like to take a bottle with pumped milk and I am constantly leaving Sunday school and church service to nurse.

And then she said, "Why don't you breastfeed her in church?"

I then go on to explain that no one nurses in church, except a lady I saw years ago in the back and we have a baby nursery to feed babies in.
She accepts this and we discuss other things.

But, I think about what she said for awhile.  I just could never nurse in church.  I think our churches are a little more conservative in New York than in say, California or even down south.  So, I am sure that plays a part as well.

When it comes down to it, I don't like nursing in public.  And I try not to.  I don't really have a problem with other people doing it.  Though, I think while out it is appropriate to use some kind of cover or blanket to not expose yourself.  I totally get that nursing is a natural thing.  Hey, Jesus was breastfed!  I am all for it and a big supporter of it.  However, we are now exposing a body part that we normally cover up.
There have been times where I have had to nurse in a restaurant simply because my baby had to eat and I can't possibly plan my whole day everyday around a little baby that is not on a schedule just yet.  However, when I do this, I use a nursing cover to cover me and the baby and try to be as discreet as possible.
If I were to nurse in church, don't you think that would be distracting to my pastor?  We have a couple moms with babies right now and if we were all just feeding them in the pews wouldn't that be strange?  It would be for me if I were the one looking out into the congregation.

What is the point?
I guess if there is a movement going on right now to be able to breastfeed wherever you are in the name of it being a "natural" thing, I disagree.
While I fully support breastfeeding and believe it is a wonderful, beautiful time between mom and baby, I also believe it is private and doesn't have to be out in the open.

And I really want to know, what do you think?
What is your opinion?

While thinking about this post, I accidentally came upon another recent blog post, you can read here.  I like what this blog author had to say.