Well, we invited the girls in my daughter's class over yesterday. Three out of the four were able to come. I was pretty organized and took care of a lot of the preparation
the night before. But, of course, the morning brought on the craziness and yells of - "you don't want me to cancel, do you? "
And then, I lost my mind and told one of the little girl's mom that her son could come over to play with my son because they are in the same grade.
Famous last words...
I had planned the day, but the kids did their own things. 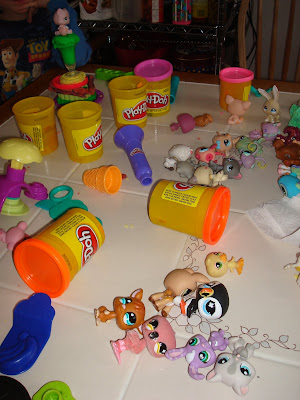 They played play-doh- of course, because no one else's mom lets them play with it. 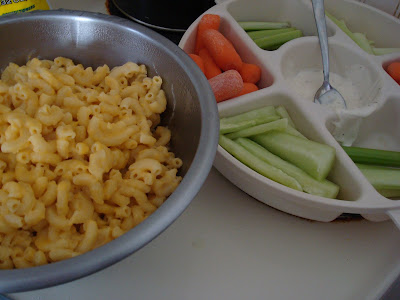 The kids ate homemade mac and cheese and dipped veggies in dip- not everyone had the veggies, but I won't tell. 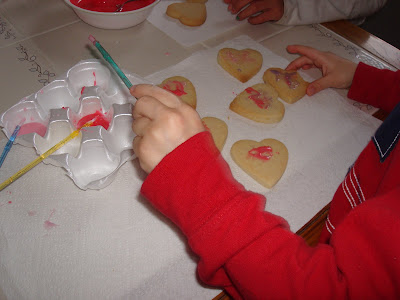 They decorated cookies and this was great because my daughter announced, "My mom makes her own icing!" Bless her heart- it is great she doesn't realize it is just confectioners' sugar, water and food coloring! 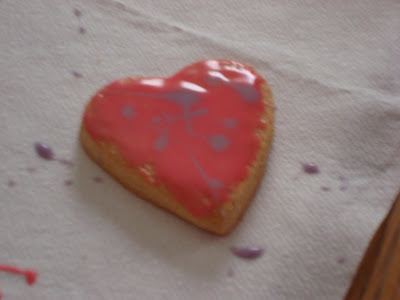 This activity went fast because the kids just kind of slapped on the icing- it probably took me longer to mix it up- but they enjoyed it and took home their cookies. 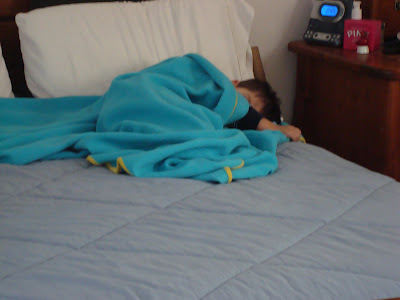 And this little guy slept which was great because, 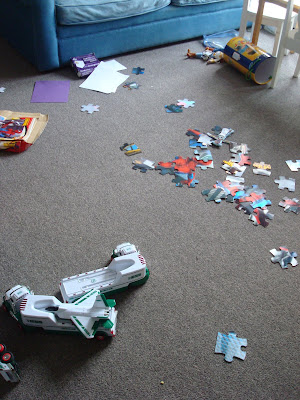 I could barely keep up with my son and his friend- why do boys have so much energy? And thanks to my son's friend, he now knows about jumping off the top bunk! 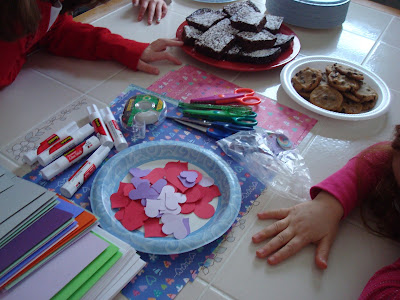 We ended the day with Valentine card making and some brownies, and chocolate chip cookies one of the girls brought over.

It was a good day, but mom was tired. I think I may be getting old.