do your kids do this?

We took the kids to the aquarium last Monday. They have been waiting for awhile for us to go as a family.
Me, my mother-in-law and my aunt-in-law took the kids.
They had a blast.

We saw amazing fish in all different colors in gigantic tanks. 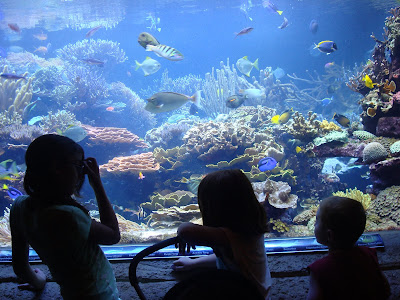 We got to hold interesting creatures like crabs and starfish. 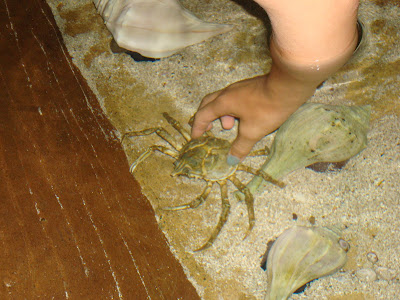 We saw the most beautiful sharks and were only separated by glass. 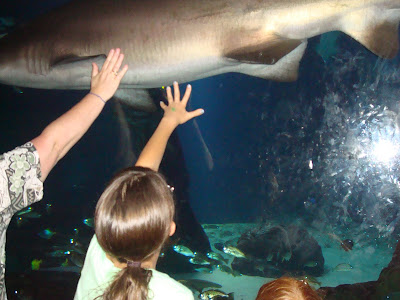 We saw adorable penguins go in and out of their little cubby holes. 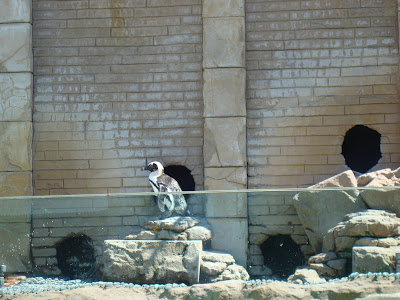 We got to touch and hold baby crocodiles (by the way for all you animal loving people- they had their mouths duck-taped and when they started thrashing in the 100 degree weather, the handler would have to let them come down before they let us touch them again- crazy, right?). 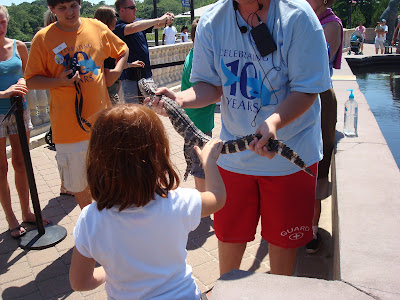 We saw a tarantula and stick bugs and a lot of cool insects at a little insect both. (I know, I know - a spider is not an insect, it's an arachnid). 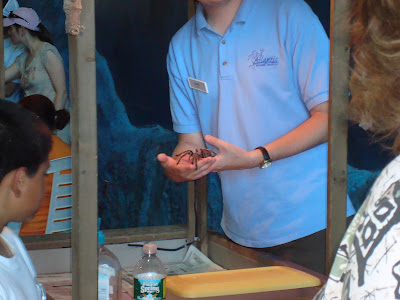 We saw a seal lion show called "Aquarium Idol" with a seal lion named Java. So what if it was noon and the sun was killing us and we hadn't eaten lunch and the man next to me was screaming at his 2 year old to stop being a "sissy" and stop crying- Java was way talented and not every kid gets to see him. 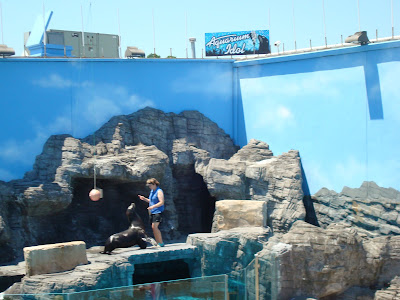 We pet sting rays (minus stinger- poor crocodile hunter) that came right up to us and even got to wash our hands with just running water off to the side because that had to get rid of the germs, right? What a shame that I am not a mom with the purel attached to her baby bag- I'll learn. 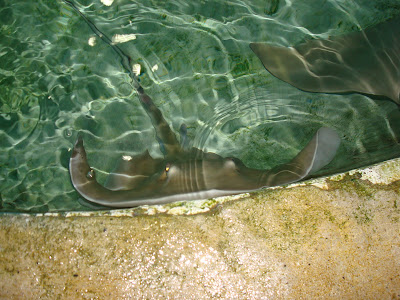 But, what was the thing my kids most enjoyed and wanted to do again and again and again- so much so that my mother-in-law and my aunt-in-law said "you take them- we'll wait here."

Digging in a pit looking for shark teeth. They loved it. They used shovels and strainers and had a blast. It the next room over, you bought a package of dirt for a couple of bucks and ran it through a strainer with running water, panning for gems.

I will say it was pretty neat, but all day at a beautiful aquarium, we dig? 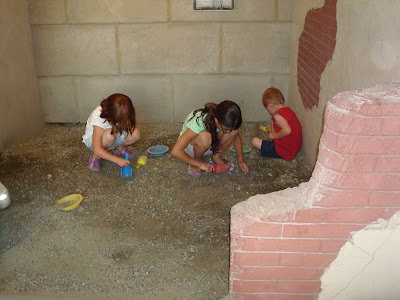 Do you think ebay sells shark teeth? They got to be cheaper than the aquarium!

I could write a whole another post on how much lunch costs at the aquarium.......