Another Hit To the Car

Well, this is my husband's car after it was hit late Saturday night by some teens who thought it might be fun to throw huge things of cement at passing cars. Thank God my husband stayed in his car and drove down aways and called 911. At the same time they cracked his windshield, they blew out his passenger window as well. 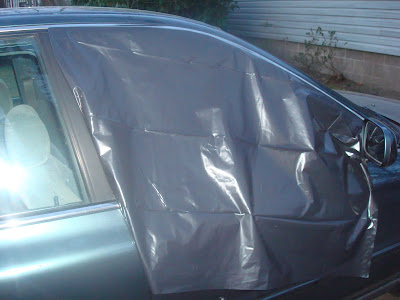 And they gashed the side of the car. 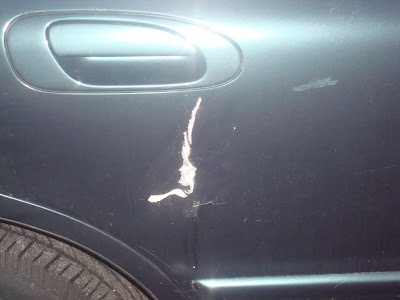 All in all the teens hit 14 cars and a cop car that night!!!!!
And of course, the perps are still out there and have not been caught.
This after my husband lost his other car because a woman rear-ended him as I told you here.
So, we paid $315 to replace both windows and will live with the gash. And hey, who needed extra money in a bank account anyway?
If you know who did it, email me anonymously. I would offer a reward, but we are all out over here!
Oh yeah, and let's not forget to pray for those poor boys' souls (wink, wink)!